I like old technology in general, that extends to true antiques like this RCA Radiola Model 30A.  This radio turned up at a local Habitat for Humanity resale store.  I saw it shortly after it arrived and became interested enough to eventually purchase it.  It looked complete and the cabinet was in fairly good shape with its original finish still holding up after over 80 years.  I bought it expecting it to be a project, something I would have to find parts for and spend time troubleshooting.  In other words, a challenge. 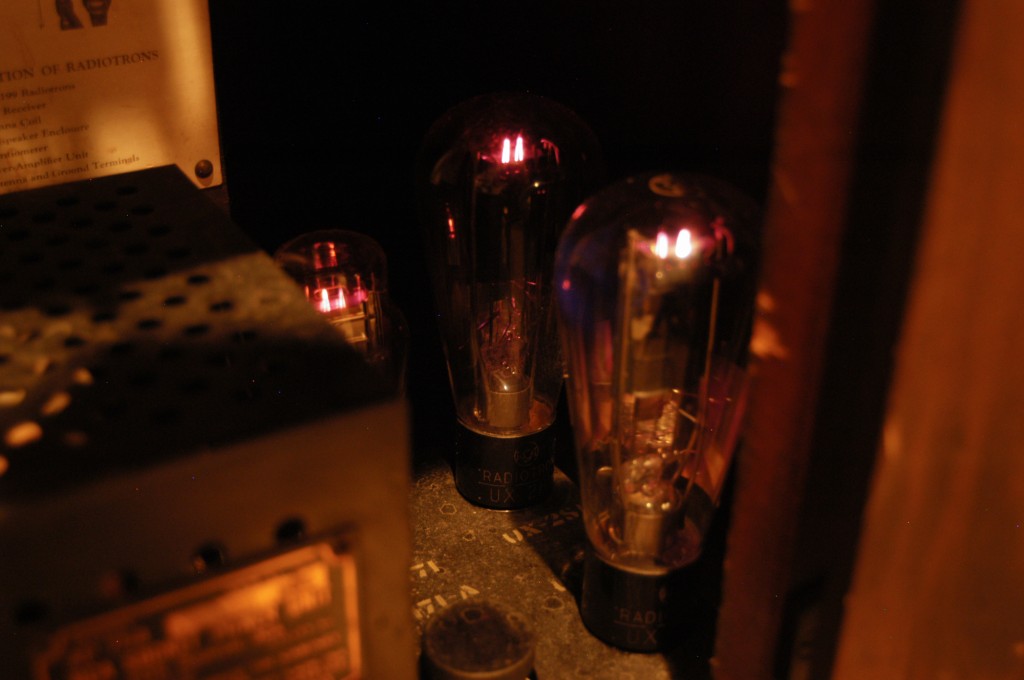 Old radios can be fun because they are still useful since we still broadcast on the same frequencies that they were designed to receive.  Back in the 1920’s, commercial broadcast was done only in the AM band between 550 and 1500 KHz, or kilocycles.  The AM band on modern radios extends to 1700 KHz, but many stations still broadcast in the 550 – 1500 range.  The AM band has actually seen some increased usage from “microbroadcasters” that prefer to use AM radio’s increased range over FM broadcast signals.

AM radio is subject to a phenomena known as “skip”, where broadcast signals are reflected or refracted off the earth’s atmosphere and return to earth at a far distant location.  The effect of skip is greater at night and even though AM broadcasters are required to reduce their transmitter power at night, it’s still possible to receive very distant stations when conditions are right.  This can make tuning in stations fun, because you get to figure out where they originate from.

The background of this radio receiver tells some of the story of the early days of commercial radio and the significant advances in technology that made radio a success.  The Radiola Model 30A was produced between 1927 and 1929.  It uses the same Superheterodyne receiver chassis as the battery powered Model 28, but incorporates it into a larger cabinet with a 120V AC power supply to eliminate the batteries, and with an integrated audio amplifier and speaker.  The first radio to use the Superheterodyne receiver design was produced in 1924 and the first AC powered radio receiver came in 1925.

The Superheterodyne receiver design was a great advancement and replaced the earlier regenerative and tuned RF receivers that were much more complicated to use and tune.  The Superheterodyne design is the basis for nearly all types of radio receiver circuits created since the late 1920’s.  It is a part of nearly every RF device we take for granted in our lives.

The idea of using household AC power for the radio meant that the bulky and expensive dry-cell batteries needed to power the radio could be eliminated.  Electrification of homes was an ongoing process in the 1920’s and there were variations of the Radiola 30A to accommodate 120 volt AC power at 25, 50, and 60 cycles, as well as 120V DC power.  Luckily, the radio I have is designed for 120V AC, 60 cycle power, which we continue to use today.

I bought this radio thinking it would be a challenge to get it working and looking forward to hunting down parts for it.  When I picked it up to bring it home, I carefully removed and packed each of the eleven glass tubes so that they wouldn’t fall out and get broken in transit.  After getting it home, I vacuumed out 80 years of dust from inside the cabinet and tightened a few screws that had loosened over the years.  I realized that the tube tester that I have was not designed to test the old 4 pin tubes that this radio used, so I would have to test them another way.

One of the few things missing from the radio was the plug on the end of the power cord.  I took this to mean that someone had removed it to prevent anyone from plugging it in.  After replacing all the tubes, I decided to get brave and put a plug back on the end of the power cord.  With the back door of the radio open so that I could spot any smoke or sparks, I held the plug in one hand and an extension cord in the other.  I carefully mated the two together, and put power to the radio for what must have been the first time in many years.

Expecting either a plume of smoke, or simply nothing, I was surprised when the radio came to life and I could hear a radio station behind some static from the speaker.  The tuner control just happened to be positioned near an existing station when I applied power.  After tuning around, I was able to find several stations without even hooking up an antenna to the radio.  So much for the challenge I had expected when I bought it.  Oh, I did have to replace the light bulb that illuminates the control panel. 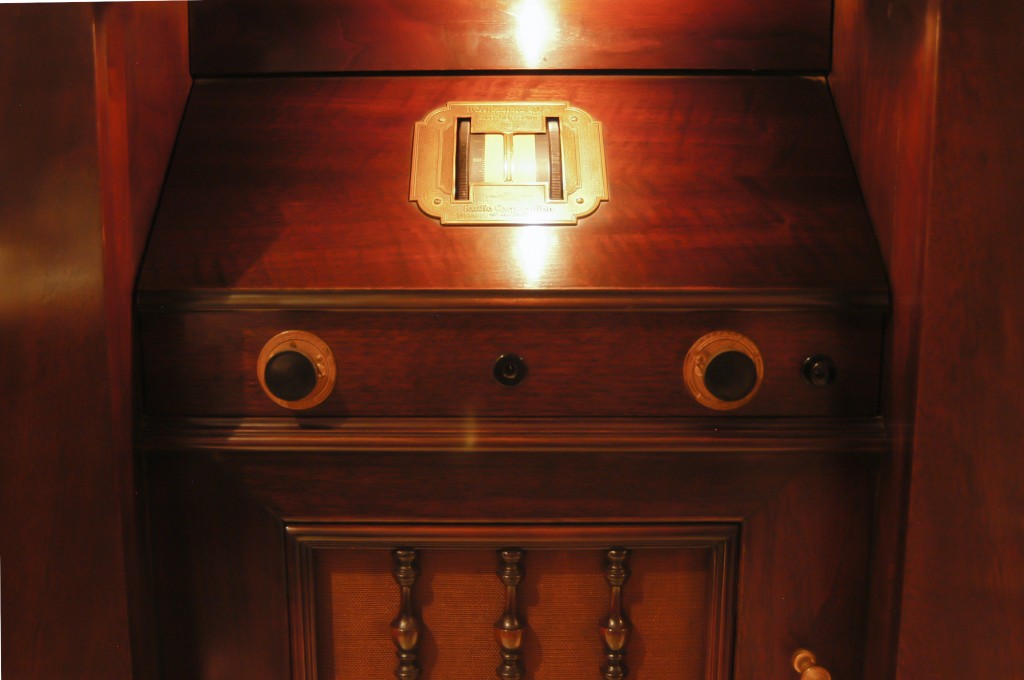