Posted on July 26, 2014 by Doug Carman Posted in Computing, History 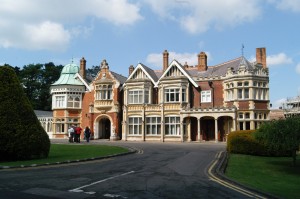 Visiting Bletchley Park and The National Museum of Computing in Milton Keynes is well worth the trip.  The story of the code breaking effort during World War II is a fascinating tale of people and technology that was kept hidden from the world for many years.  The strategic location of Bletchley Park between Oxford, Cambridge and London, along rail lines and out of target range of the London bombing campaign, kept the work of thousands of people out of view.  Within the compound, workers, mathematicians, military personnel and technology experts worked to break encrypted communication used by the German military.  The results of the efforts at Bletchley Park helped change the course of the war, develop groundbreaking advances in computing, and define the role of technology for generations to follow. 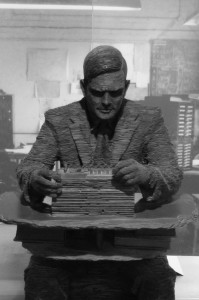 One of the most well known of those who worked at Bletchley Park is Alan Turing.  His notable work on computational theory earned him great respect in the time leading up to World War II.  Immediately after England declared war on Germany, Turing began working at Bletchley Park.  Visiting Bletchley Park today brings us in touch with the world of the code breakers and the work of Alan Turing.  His continuation of work that started in Poland to break the German Enigma cipher resulted in the “Bombe” machines that automated the work of determining the settings used for encrypting military communication. 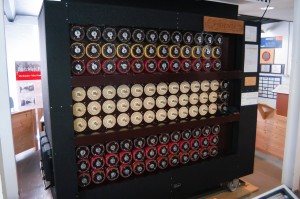 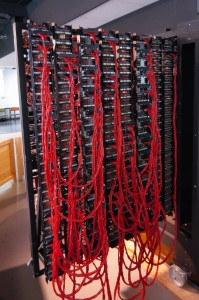 Wiring on the rear of a Bombe.

The re-creation of a working Bombe machine is an impressive example of the dedication to preserving the history and significance of the work done at Bletchley Park.  The memorial to Polish code breakers is a reminder of all those who worked to gather intelligence and break the German code. 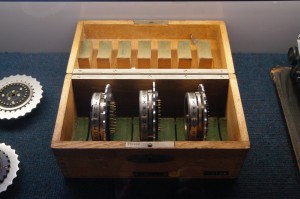 Alongside the history of Bletchley Park is another great assemblage of history at The National Museum of Computing.  TNMOC has collections that cover a broad range of pioneering technology and commercial computing.  The highlight of the entire collection is a rebuilt example of a Colossus Mk II computer that was used to break the German Lorenz cipher.  Compared to Enigma, the Lorenz system was far more advanced and operated as an accessory to a teleprinter system to provide end-to-end encryption at wire speed.  The increased sophistication of this system required significant computational power to break the cipher, which resulted in the development of the Colossus programmable electronic digital computer. 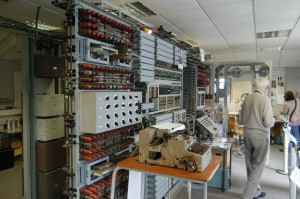 By the end of the war, there were 10 Colossi running at Bletchley Park deciphering German High Command communication.  At the end of the war, all of these ground breaking computers, along with the design blueprints, were destroyed.  Knowledge of Colossus and the work performed at Bletchley was protected by the official secrets act, with everyone involved sworn to silence.  As the curtain of secrecy started to lift in the 1970’s, the work done at Bletchley Park and the tremendous technical achievements made by England during the war became more widely known.  The effort to rebuild a working example of the Colossus computers was undertaken in the 1990’s and has resulted in a fascinating exhibit.

Besides Colossus, TNMOC is home to many other pioneering examples of computing technology, including the Harwell Dekatron computer, which was later known as the Wolverhampton Instrument for Teaching Computing from Harwell (WITCH).  It used Dekatron tubes for memory storage in decimal format.  TNMOC has restored the Harwell computer to working order and uses the visual nature of the Dekatron memory to teach school children about computers. 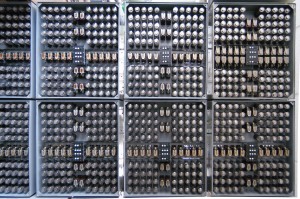 The Harwell Dekatron a.k.a WITCH.

Throughout the exhibit area of the museum there are many different early computer systems that were used throughout the UK.  Some, like the Elliott 803, were built by UK based companies.  Others are examples from US companies that had a worldwide market, such as Digital Equipment Corporation. 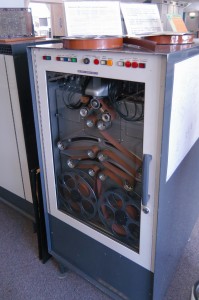 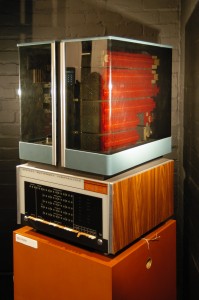