Posted on April 20, 2015 by Doug Carman Posted in Telephone

Business communication has relied on multi-line and private exchange systems since the early days of the telephone industry.  Today’s IP based business telephones and software based telephone clients may seem like distant relatives of yesterday’s analog and digital phones.  However, our relationship with them and their basic interface remains intact through time.

I’ve had the opportunity to install, configure and repair business telephone systems of many varieties over several decades.  Here are some I’ve collected through the years: 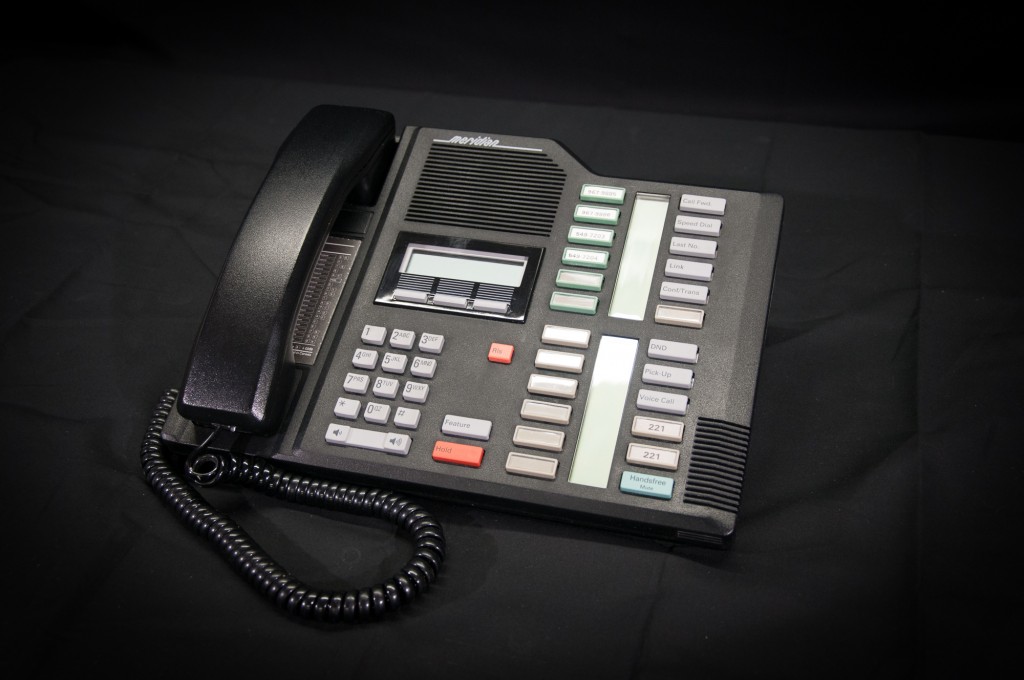 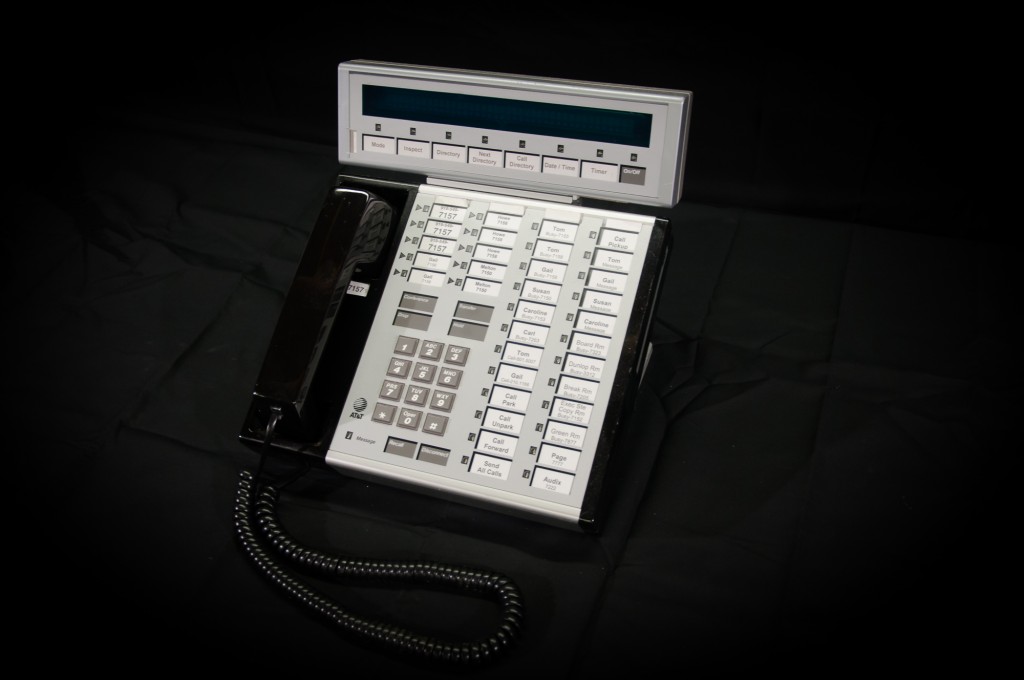 Inspired by the AT&T Merlin Key System, the original System 75 phones had a unique style. 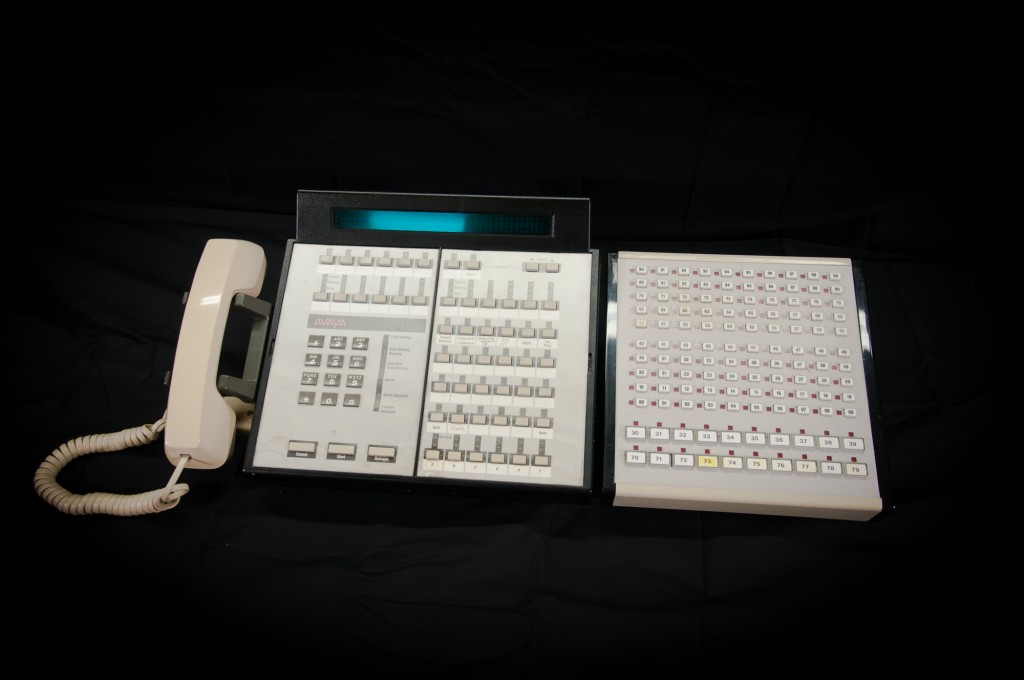 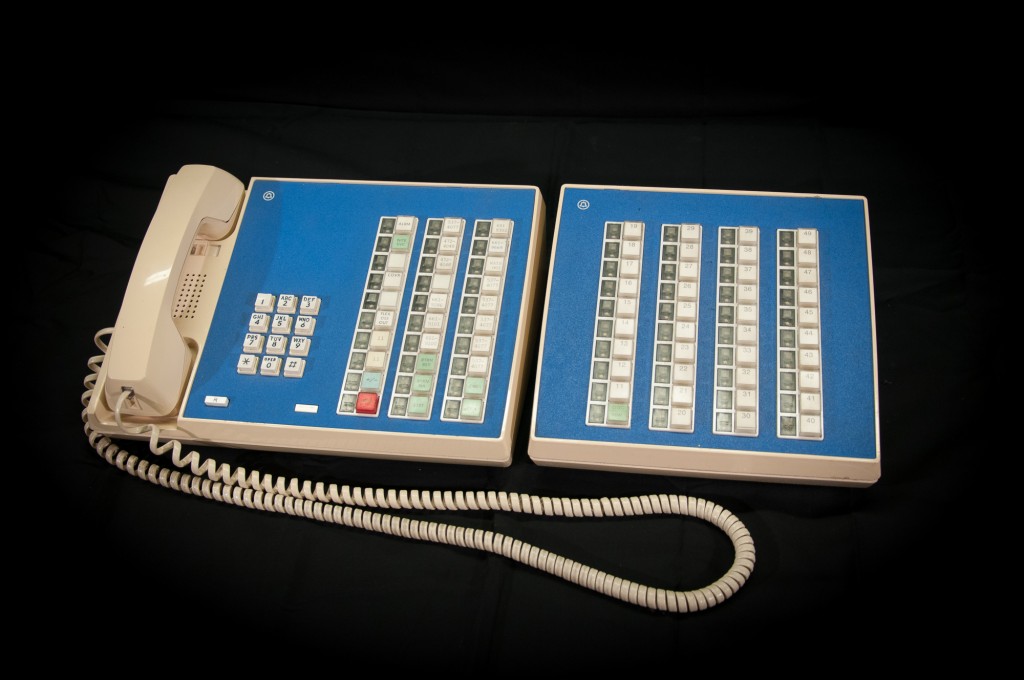 The AT&T Horizon Key System is typical of the analog electronic key systems of the late 1970s and 1980s. 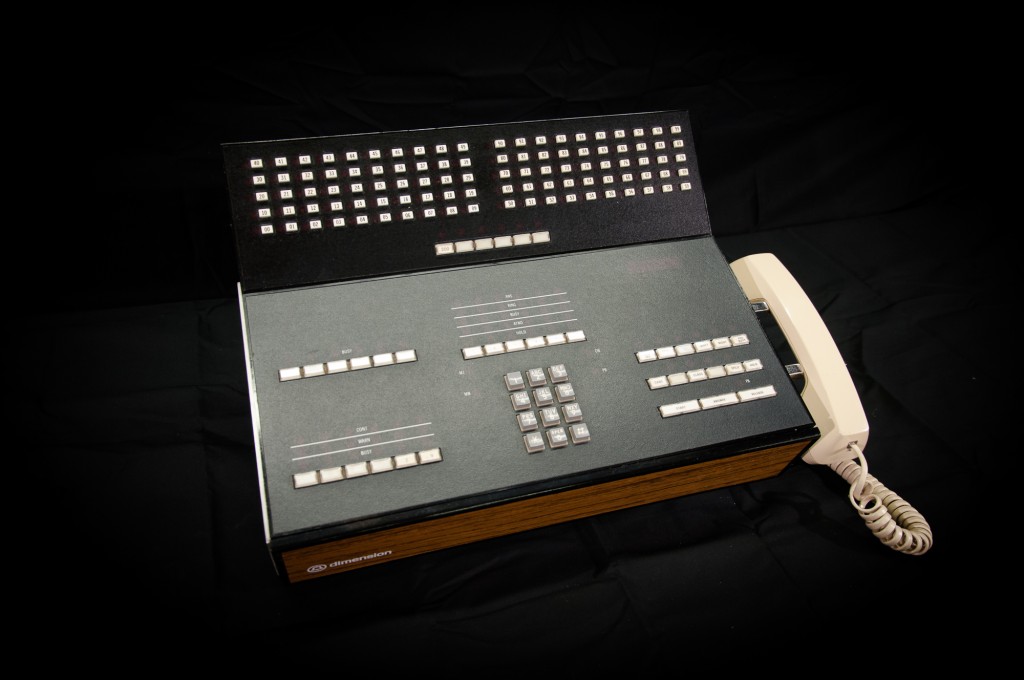 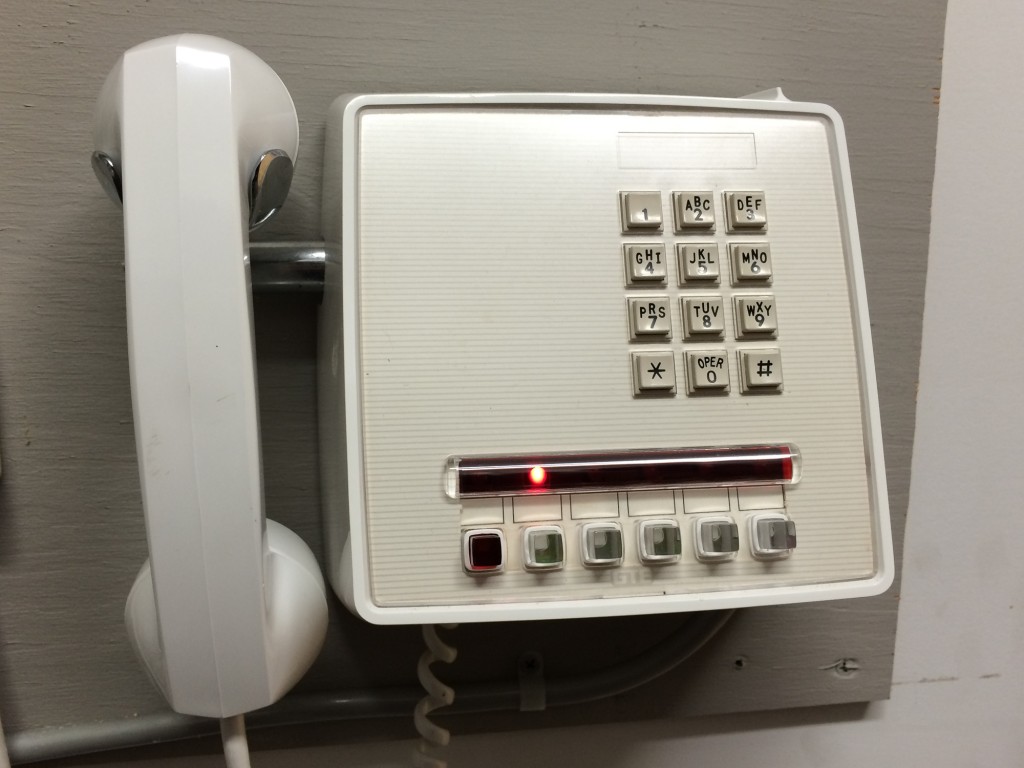 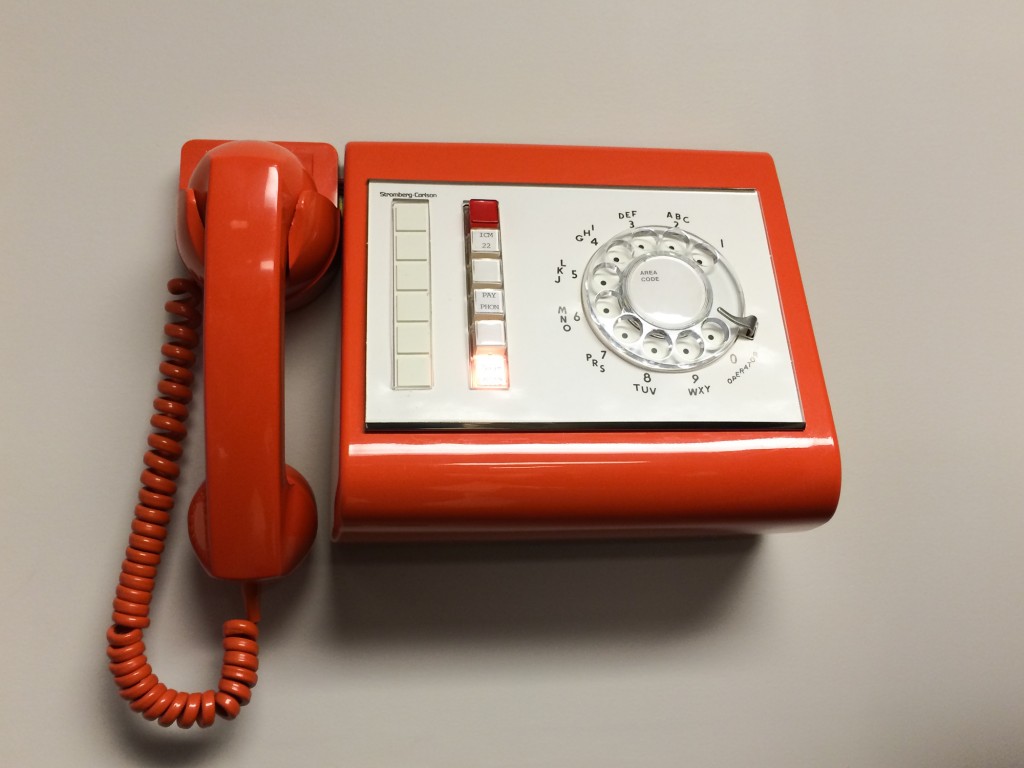 The Stromberg-Carlson five line 1A2 phone with rotary dial in stylish orange.