The Sun model 3/470 was the last and most powerful of the sun3 architecture systems based on the Motorola 68020/68030 family of processors. The system was comprised of a 12 slot VMEbus chassis with the Sun “3400” CPU board, up to 128MB of memory, I/O boards, 150MB QIC tape, and SCSI disk drives. The system was actually sold by Sun as a deskside workstation, but many customers used the 3/470 as a workgroup server. 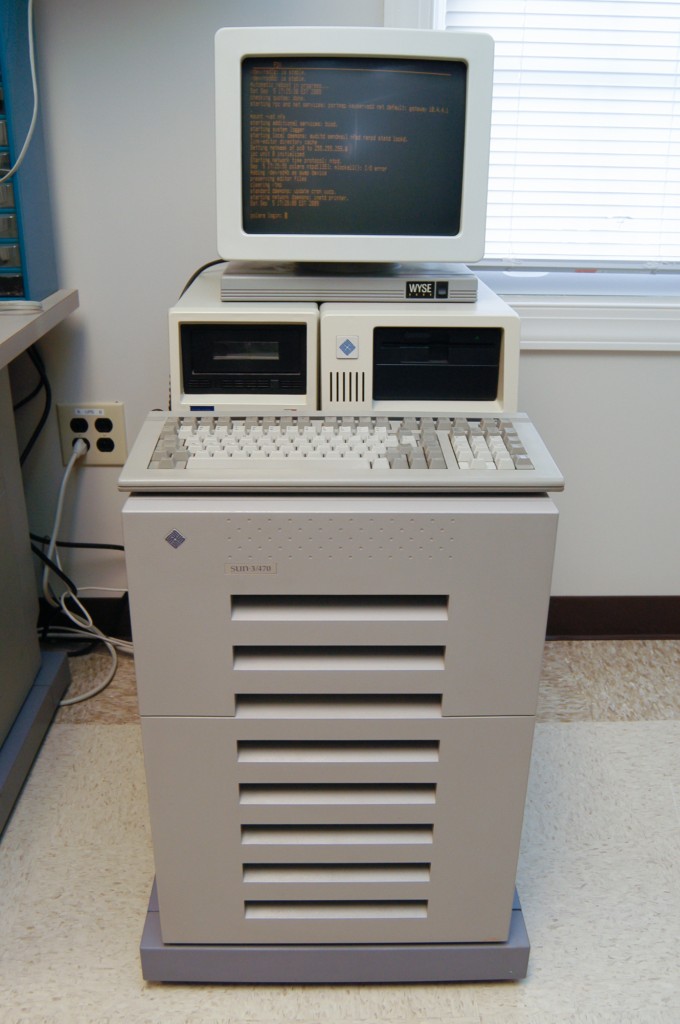 This system was purchased by Stromberg-Carlson in 1989 as a documentation publishing system running Interleaf Technical Publishing System. There were also a small number of Motorola 68030 based sun 3/80 workstations purchased with it.  The system was also purchased with a variety of development tools, with the expectation that it might serve as a platform for development of code for Motorola 68000 based telecommunication products.  When the system was removed from service in 1999, the only application still being used was Interleaf. The system was originally equipped with a pair of SMD disk drives housed in a separate “Mass Storage” cabinet that is identical in appearance to the main system cabinet. The failure of one of the SMD disks had precipitated the demise of the system and although I still have them, they have never been reattached to the system. Throughout its production life, it ran SunOS 4.03. After acquiring it, I rebuilt the system with SunOS 4.11, which was the last version of SunOS to support the 68030 based systems.

The system has been patched to SunOS 4.11_U1 with additional patches to support Y2k. The system was also equipped with an unusual option for the time, the SunIPC board. This board was essentially an 80286 based PC packaged on a VMEbus card. It was the first of a long line of confusingly named PC co-processor boards that Sun offered over the years. This included the SunIPC (not to be confused with the SPARCstation IPC) and the Sun PCi (not to be confused with PCI bus). The SunIPC board used an attached external 5.25″ floppy drive, which can be seen in the photo sitting on top of the system.

The only repair I have performed to the system in the last few years has been to replace the battery on the CPU board that keeps the real time clock going when the system is powered off. 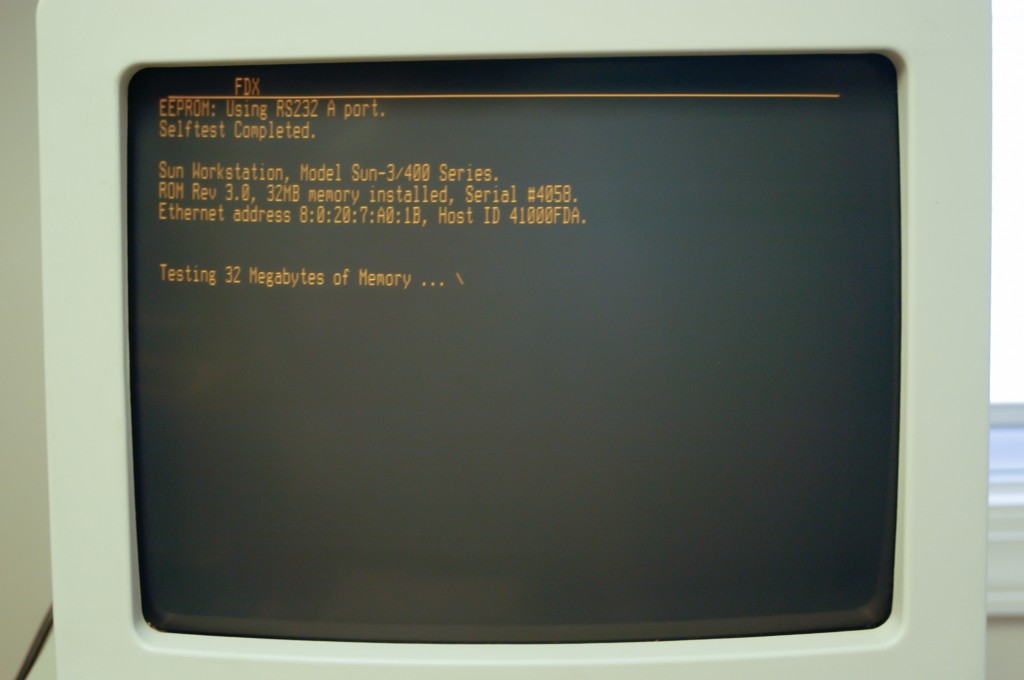