The DEC Professional series of “personal” computers were desktop systems based on the PDP-11 line of minicomputers. The Pro 350 was based on the F11 processor from the PDP-11/23. It ran an unfortunately named operating system called P/OS, or rather Professional/OS. P/OS was a menu driven system based on RSX11M-Plus.

DEC’s early attempts at personal computing, the Professional and the Rainbow, never met with much success against Intel 8088 and Motorola 68000 based systems. It’s actually a shame that a PDP-11 based workstation never really caught on. By 1983, when this system was built, UNIX had already moved from its roots on the PDP-11 to 68000 based systems from HP, Sun, and others. The VAX was going strong as a follow on to the PDP-11 in the minicomputer market, but the VAXStation and MicroVax were still in the future. DEC’s lackluster attempts at personal computing in the mid 1980’s seemed inconsequential in light of the success of the VAX, but as the tide continued to turn to personal computing through the late 80’s, DEC was at a serious disadvantage in that market.

I’ve had this Pro 350 stored for the last six years and just recently fired it back up. It took a little coaxing to get the ST-412 hard drive to spin up, but eventually it booted up as you can see here. 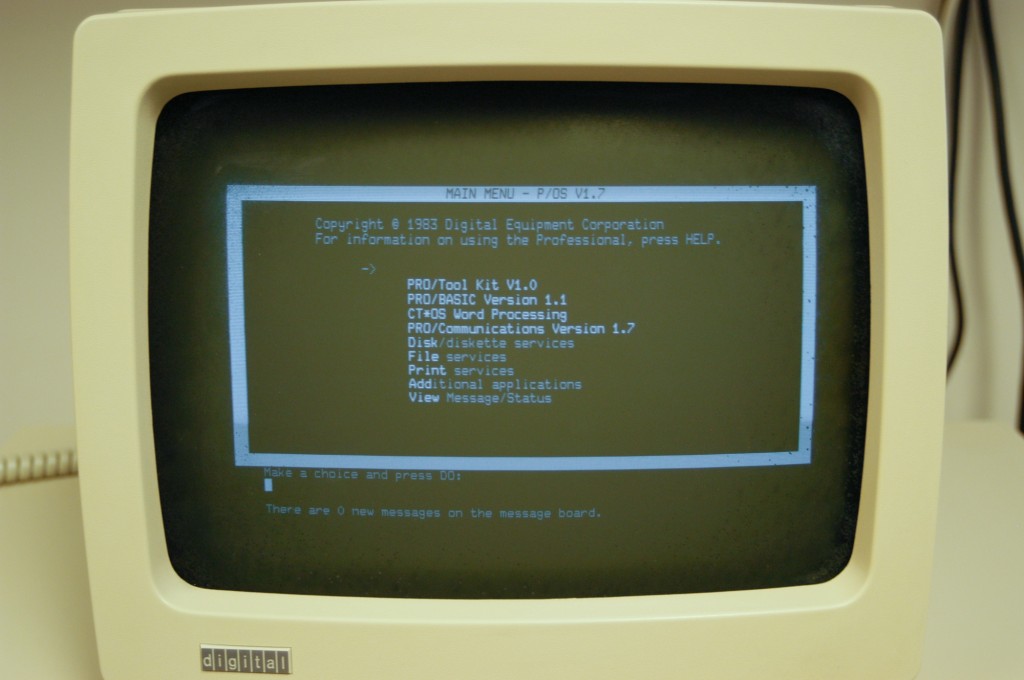