The DEC MicroVAX 3100 was a successful series of small VAX systems that DEC produced from the late 1980’s to the late 1990’s.  It was the size of a PC-AT style desktop, used small SCSI hard drives, and made an excellent workgroup server.  The model designation suffix primarily indicated the type and speed of the processor.  The model 90 used an NVAX CPU running at a clock speed of 72MHz. 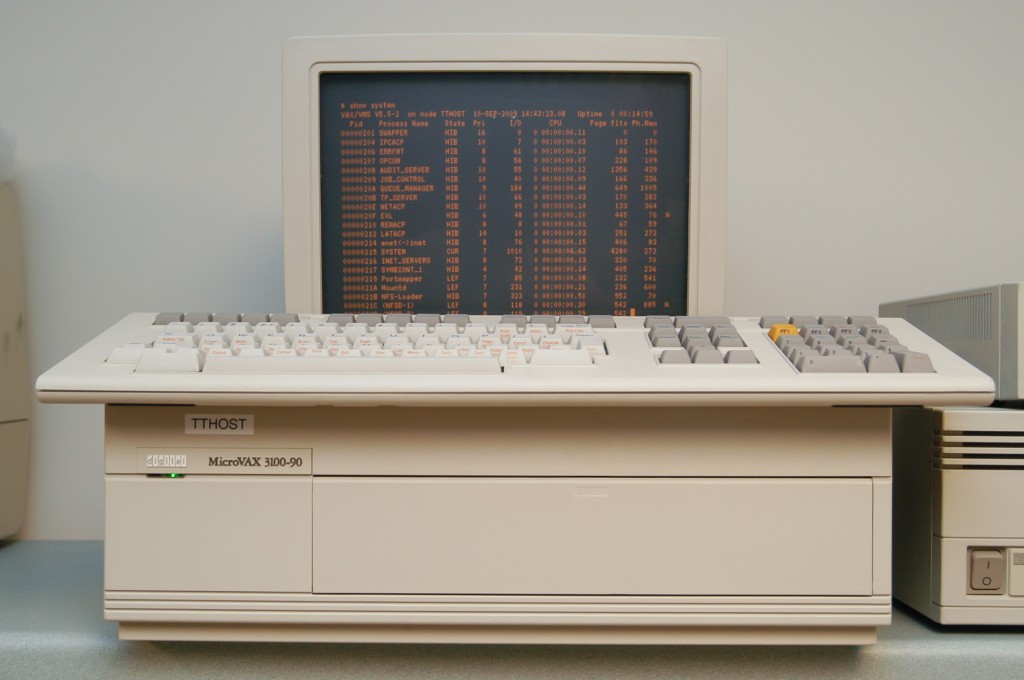 This MicroVAX 3100-90 served the needs of a division of Siemens Stromberg-Carlson that produced transmission test equipment.  It runs VMS 5.5-2, which is not a modern version of VMS, but represents VMS as it was in the mid 1990’s when this system was sold.